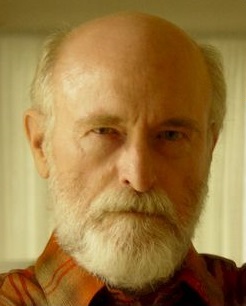 The surname Burt is common, especially in Scotland. My family has used the
name Robert since at least the thirteenth century. I was named Hampton after
my Dad's uncle Hampton, who was named after Wade Hampton, a Confederate
general who fought in the US Civil War.

I graduated from Sam Houston State University in Texas in 1963 with a bachelor's
degree in music composition and theory and was very determined to contribute to
the music literature of Western Civilization as a composer of serious music. My
style derives primarily from my exposure to the work and attitude of J.S. Bach, whose
work unambiguously demonstrates the desirability of stating and developing materials in
logical ways consistent with instrumental developments which have taken place within the
context of Western Civilization. This, combined with his attitude that a composer needs to
be competent in all manner of styles current in his environment, together with my own
personal preference of doing things in ways radically different from typical norms but
which are nonetheless legitimate and valid and appealing, led me to express my ideas in a
wide range of styles, including avant-garde ones, such as in my composition, Nightscape
and some of my Line Drawings and other pieces. My respect and admiration are by no
means limited to Baroque or Classical works, and while I have at times felt simply
floored by Bach's vast accomplishment, I am not trying to do the same thing, and my
studies of musical works was certainly not limited to his.

I was awarded the Charles Wakefield Cadman Graduate Fellowship in a competition,
held by the University of Redlands, in California, but I don't think they had many
competitors that year, and, to be truthful and fair, although I benefited very much
from the experience and met many wonderful people, I really wasn't a good student at
that time, or competent as a musician or composer. Due largely to these facts I did
not return to complete my graduate studies there.

Nonetheless, I was still very determined. I just did not know how to apply myself.

By the time I was 28, however, something had changed, and I simply sat down at
my keyboard and dedicated my efforts, life-or-death, to achieving my ambition.
Amazingly—to everyone but myself it seemed—a composition of fairly good
quality resulted, and so my path of conquest in earnest began.

It ended, ultimately, in abject failure, for reasons which are too difficult to explain
here, but not before I had conceived, composed, written, publicly performed, and
produced enough good pieces to make a CD of my music and populate this website
with them. Whether I will compose again I don't know. Somehow it is not up to me
any more. I had discovered, in a rather unsettling way, that one is chosen to
compose, and that I was now denied that path, perhaps forevermore. I don't know.

So I decided to concentrate on writing poetry instead.

I have sort of been kicked out of the tree of life, in some way, because of the sorts
of things I have allowed myself to think, apparently, though my actions do not
violate any man-made law I am aware of, and maybe that is the problem. Whatever
entity it is that assigns composers their tasks didn't like that I refused to do certain
things. Or that now it wants me to do something else, which also I will not do.

I probably only imagine that entity and it is me myself in fact.

Anyway, I hope you enjoy my music and my other works.

It is for that purpose that I made them.